The Rural Hospital that Can !
Pharmacy Management 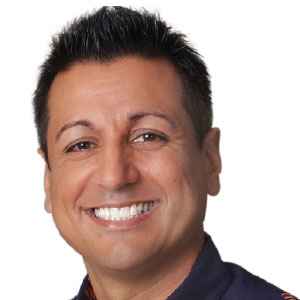 A 276-bed, state funded “safety net” hospital with over 70 percent Medicare/Medicaid payer mixing the middle of the Pacific Ocean does not exactly scream “perfect environment” to have a fully adopted and integrated electronic health record system (EHR).

“But we asked the question, ‘Why not us?’” said Money Atwal, who was originally hired in 2007 as the Chief Information Officer for the East Hawaii Region of the Hawaii Health Systems Corporation and became the Chief Financial Officer later that same year.

Atwal, who was previously at a much larger facility Queens Medical Center on Oahu, began the seemingly insurmountable challenge of being the first hospital to establish an EHR in Hawaii’s state hospital system. He was equipped with the backing of the East Hawaii Regional Board and a modest budget of $5 million.

Hiring an army of EMR consultants was not in the budget. Out of the 1,100 employees at Hilo Medical Center (HMC), Atwal had to find exceptionally skilled, courageous and optimistic EHR champions to form the Health Connect team. Since the internal team did not have any prior EHR project management or implementation experience, he supplemented the Health Connect team with just a few external resources.

“Not having a sizeable budget for outside consultants actually worked in our favor,” said Atwal. “We utilized our in-house Information System personnel and selected highly skilled nurses and department managers who were the most knowledgeable about their units’ and departments’ operations. This was the foundation of our Health Connect team. They were challenged to build a system that was user-friendly and provided a benefit to patient care and fiscal management.”

“We had to choose champions who believed in the project and could envision that the overhaul of the hospital would lead to better patient outcomes for the community and healthier finances for the hospital,” added Atwal. “Many members of our core team had never used an electronic medical record, let alone build a system before. I knew I was asking a lot of my team, but I trusted them to complete this project.”

By the fall of 2009, the Health Connect team was assembled and the MEDITECH 6.0x system was selected for its integrated clinical & financial applications with a total low cost of ownership. In May 2010, Hilo Medical Center held a traditional Hawaiian blessing to officially activate the system.

The limited budget also forced Atwal and the team to prioritize goals within the project.

“We had to see what we needed to do first because we couldn’t do it all at one time,” recalled Atwal. “We also had to do whatever we prioritized extremely well so we could move on to the next priority, efficiently and without added cost. First, the Health Connect team needed to build a solid foundation at Hilo Medical Center.

“We knew if we didn’t build the EHR right at HMC before moving on to our clinics and other facilities, we would have wasted a lot of time and money to double back,” said Atwal, referring to implementing EHR at the 21-bed and 76-bed facilities in the extremely rural towns of Kau and Honokaa. “Once we got HMC up and running, my team hit every deadline and milestone.”

With the approval and full support of the East Hawaii Region Board, HMC implemented the MEDITECH 6.0x Financial, Budget & Forecasting, Cost Accounting, and Supply Chain Management systems. This would further integrate the hospital financial operations and give management unprecedented integrated analytical data repository of business intelligence.

Back in 2008, Barack Obama proposed incentivizing EMR adoptions during his Presidential campaign. When his proposal materialized in the form of the 2009 American Reinvestment and Recovery Act and offered up $50 billion over five years, the possibility of obtaining any piece of that pie felt as far out of reach as the 5,000 miles between Washington, DC and Hawaii. This plan was meant for the “big” hospitals, not for this little hospital in Hilo. Or was it?

Hilo Medical Center’s early adoption and optimization of the MEDITECH 6.0x system in 2010 has strengthened systems to ensure patient safety, quality of care and fiscal performance in the East Hawaii Region. The Region is now capable of calculating costs and monitoring revenue and expenses, resulting in improving the time it takes to produce patient bills from 12 to 5 days and reducing the amount of time payments are received from 100 to 52 days.

The challenge of first implementing the EHR in 2009 and affording the $5 million was met by the Health Connect team. By the end of 2014, the team attested to Meaningful Use 1 and 2 requirements and achieved HIMSS Stage 7 which resulted in recouping approximately $5 million in federal funds.

"Healthcare is an unpredictable business and we are anticipating and trying to remain responsive to the changes occurring in the industry".

“Having a fully adopted EHR and obtaining HIMSS Stage 7 puts us among the top 2.9% of hospital systems across the country – a rare achievement that I am proud to share with my team,” said Atwal when he and the team celebrated the achievement in 2014. “I would like to thank our employees, physician champions and physician leadership for their hard work and commitment.” In addition, the team’s proven work over the years compelled IDG's CIO Magazine to recognize Atwal as a top 100 CIO in the world.

“The CIO 100 recognition means that we are reaching our organizational goals of working smarter to improve our community’s health with the dollars we have,” said Atwal. “I would like to thank my team for their trust and dedication over the past four, five years of implementing an EHR system and technology that work.”

This past August, HIMSS bestowed its highest honor, the Davies Award of Excellence, to Hilo Medical Center as the first “safety net” hospital to receive the award for its ability to utilize the EHR to benefit patient care and improve fiscal management.

“We are constantly looking for ways to maximize our EHR,” said Atwal, citing his weekly team meetings to address issues that may have surfaced in the previous week. “Healthcare such is an unpredictable business. We must anticipate and remain responsive to the changes occurring in the industry. Our loved ones and community depend on us. 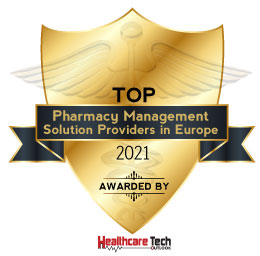 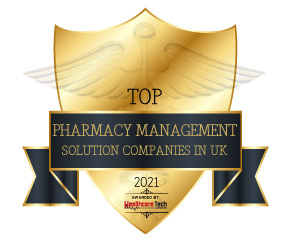 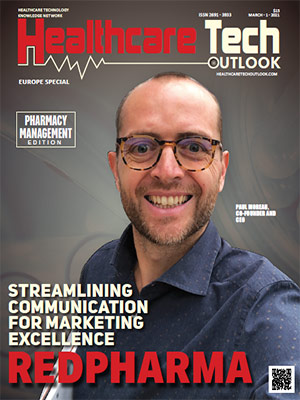 How Should A Healthcare CIO Sell Transformation Projects To A CEO?

The Future of Healthcare in Sync with Digital Transformation